Termite Season in Texas: What You Need to Know

HomeNewsTermitesTermite Season in Texas: What You Need to Know

GET A FREE QUOTE 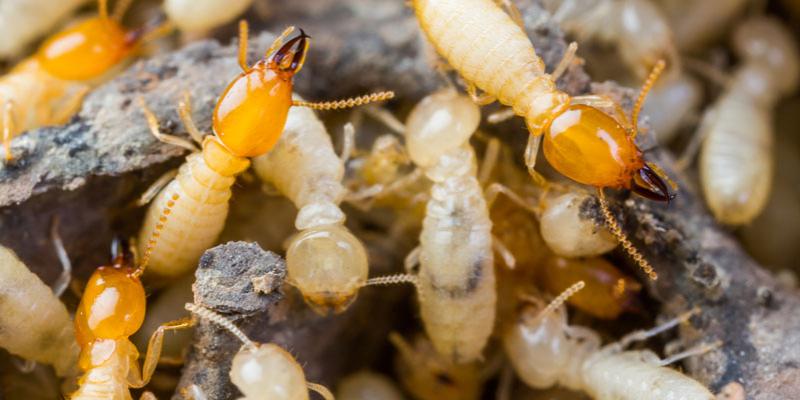 Termite Season in Texas: What You Need to Know

It’s spring, and that means termite season has begun. Termites play a vital role in the planet’s ecosystem. They feed on dead or decaying wood and plant matter, breaking down its structure and its structural integrity. Colonies of termites can make quick work of a downed tree. In the wild, this is extremely beneficial. Termites clear away what’s dead and dying, making way for new growth.

What’s So Dangerous About Termites?

In a way, we’re the problem. We’ve built cities and towns chock full of wooden structures all throughout termites’ habitat. Their innate attraction to all things wood (especially wood that’s starting to decay) can lead them straight to the wood that makes up our homes and businesses. Because of their sheer number and the speed at which they can reproduce, termites can do serious damage to wooden structures once they get a foothold.

When Is Termite Season in Texas?

Termites are most active in warmer weather and tend to swarm after rainfall on a warm day. You may find termites swarming anywhere from February to the fall, depending on the species. Swarms have even been observed during winter inside large, heated buildings like barns. One industry leader observes that the eastern subterranean termite usually swarms in morning hours between from February to May, while Formosan termites and southeastern drywood termites do so in springtime at night.

Termite Species in the Greater Dallas/Fort Worth Area

Just about all the species that are active in the Frisco, Prosper, and Celina areas of greater DFW can do significant damage to your home. But each species has its own unique characteristics, and your exterminator knows that he or she needs different pest control treatments for each type. An expert exterminator can determine the species of termite based on the evidence of damage the swarm leaves behind. Let’s look at the four primary types of termite that are active in Frisco, Prosper, and Celina. 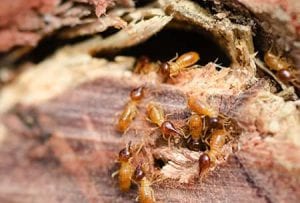 Eastern subterranean termites are the most common and most notorious termites throughout much of the USA. They live and breed underground; in fact, they can’t survive very long in the sunlight as their fragile bodies will desiccate. They are driven by moisture and typically find food sources by following moisture to soggy, decaying wood. If your house has a soil line that rises above the slab or if you have moisture issues, you’re a prime target for the eastern subterranean termite.

Termites in this species often have colonies of around 200,000 termites. They’ll feed on the softest paper/wood materials first, like rotted wood near the slab, drywall backing, and any wood in direct contact with the soil. One sign that you’re dealing with eastern subterranean termites is pinholes in cellulose material around plumbing areas or on exterior walls. Dirt tubes extending up something inedible (like concrete or brick) to something edible (like wood siding) is another. The most telltale sign, though, is a dirt structure resembling a coral reef built out from your walls. This is a sign of a mature infestation, where flying, mating pairs are present.

These are a dangerous foe as well. They are aggressive, and their colonies can populate in the millions. Formosan termites are hardy, too. They can live long-term outside the soil as long as they have shelter and a water source. It’s not uncommon to find Formosan termites living in wall voids, and they can build carton nests in other parts of a structure as long as they have access to moisture. These nests are the telltale sign for this species. Unfortunately, these nests are usually hard to find.

Drywood termites don’t burrow underground like the others. And as their name suggests they aren’t limited to wet, decaying woods. They are more common in dryer, more arid areas, and they tend to fly from house to house. When drywood termites attack, they often do so in attics, overhangs, and siding—all “off the ground” targets. Because most people are looking at the soil line for signs of termite damage, drywood termites can catch people off guard. Drywood termites always leave fecal pellets behind in the tunnels they’ve eaten through. They’re the only species that does.

Finally, some good news: desert termites don’t attack your home. These termites are most frequently found in rural and outlying areas. They’ve established a presence in greater DFW. They are grass eaters that will feast on turf, weeds, and hay. If your yard is under attack by desert termites, you’ll see tiny dirt tunnels along blades of grass.

If you suspect you have a termite swarm or termite damage, you don’t want to wait! Contact us today so one of our inspectors can stop the damage before it gets any worse.